Our Board of Directors

Legal Services for Children is supported and governed by a volunteer Board of Directors. The Board meets quarterly to review LSC’s programs and services, and ensures its fiscal health. 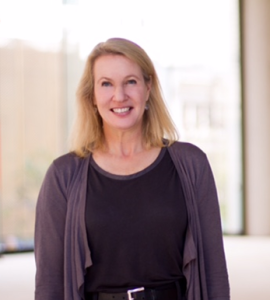 Ann is the president and CEO of the S.H. Cowell Foundation. Prior to joining the Cowell Foundation in 2005, she was a faculty member at the University of California, San Francisco where she taught health law and medical ethics. She has been a visiting professor at Stanford Law School, St. Louis University Law School, and the University of California, Berkeley. In 1999, Ann took a sabbatical to hold public office during which she served in the San Francisco City Attorney’s Office as Deputy City Attorney for Health and Human Services. In addition to chairing the LSC Board of Directors, Ann serves on the Boards of the Marin Country Day School and the Greenwall Foundation. 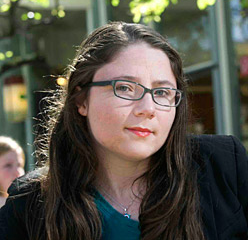 Lily has lived experience as a foster parent and foster child. Lily founded With Lived Experience, an organization that helps people change systems that have impacted them. In their career, Lily has worked in direct service non-profits, advocacy organizations, and in legislative offices. Their work has led to state and federal policy changes in the areas of foster and kinship care.

Most recently, through membership on the American Bar Association’s (ABA) Commission on Youth at Risk, Lily assisted in drafting ABA Resolution 115. It calls for legal system reform efforts in child welfare, juvenile justice, and immigration law to be led by, or conducted in partnership with, individuals who have experienced those legal systems as children or youth.

In 2021, the team at with Lived Experience edited the ABA’s September issue of Human Rights Magazine, which included a piece authored by Lily, called “We Deserve Platinum.”

Lily obtained a B.A. in Economics from Yale University and a J.D. from UC Berkeley School of Law. They previously served as an Equal Justice Works Fellow at the National Center for Youth Law and the Youth Law Center.

Paul Herman is a full-time parent, community volunteer, and an aspiring writer. He holds a PhD in American history from Stanford University and a MA in religious studies from the Pacific School of Religion, in Berkeley. Before his academic career, Paul worked primarily in local and state politics, focusing on AIDS-related policy and HIV prevention. He also helped organize the first national coalition of AIDS-related organizations in South Africa. Paul served as an active volunteer for his daughters’ schools, Pacific Primary and Marin Country Day School, including a term on the board at MCDS. He and his husband, Ed Swanson, have supported LSC for several years. In 2019, Paul served as co-chair, with Darren Teshima, of the LSC annual-event committee. Paul and Ed live in Mill Valley with their two daughters, Liza and Katherine. 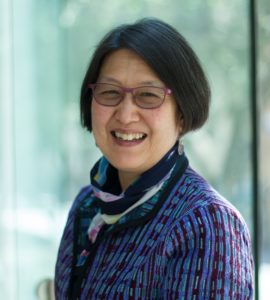 Mikiko is a pediatrician on the attending staff of the CPMC in San Francisco and has a strong commitment to community involvement and social justice. She currently serves on the Board of the S. H. Cowell Foundation. She is President of the Board of At Home with Growing Older. She has also been part of the SF Aging and Disability Friendly Work Group. She is a Health and Editorial Advisor to Common Sense Media. She is the immediate past Chair of the Board of the Friends of the SF Public Library. She has also served on the Boards of Camp Tawonga, and Marin Country Day School (MCDS). Advocating on behalf of children and their families in a variety of ways is a high priority for her. 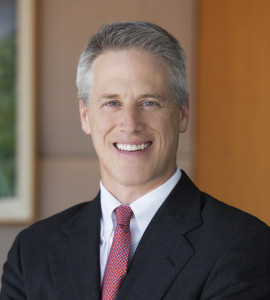 Scott is a Partner and the pro bono chair of Morgan Lewis’s San Francisco office. He counsels emerging and established companies in business transactions. Representing clients in the biotechnology, medical device, software, data analytics, and networking and storage industries, he advises companies at critical junctures in their lifecycles. In addition to serving on LSC’s Board of Directors, Scott volunteers for the Alameda County Food Bank. 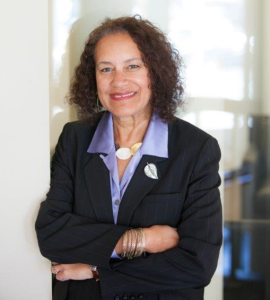 Sharon is the director of the Criminal Juvenile Justice Clinics at the USF School of Law. She was appointed by Chief Judge Robert Peckham of the United States District Court for the Northern District of California as the compliance monitor for a Title VII Consent Decree in the construction industry, and before that worked as a state and federal public defender. In 1994, she assisted in the establishment of a Criminal/Juvenile Law Clinic at the University of the West Cape in South Africa, and returned to South Africa in 1998 and 2002 to assist in the establishment of a pilot public defender system. Sharon continued assisting with the development of juvenile youth court systems in South Africa from 2004 to 2006. She was also Chief Counsel at the Bayview Hunter’s Point Community Defender for several years. 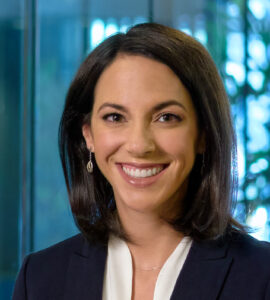 Erin is a Partner at Keker, Van Nest & Peters, where she also serves on the firm’s Pro Bono Committee. Erin’s practice focuses on high-stakes, complex litigation, with a focus on class actions, commercial disputes, and patent cases. Prior to joining Keker, Erin spent a year as a Yale Public Interest Fellow dedicated to representing clients in asylum cases before the Immigration Court. Erin has long been an active member of the LSC Pro Bono Panel with a focus on representing children in immigration cases, and in 2016, received LSC’s Pro Bono Leadership Award. 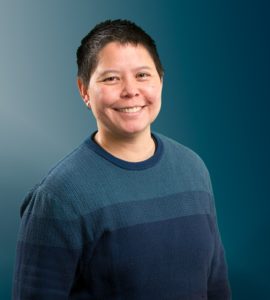 Puppet works as a Quality Engineer for a creative tech company in San Francisco. Puppet is also a Court Appointed Special Advocate for a child in foster care and collaborates on a variety of projects with organizations that provide important services to foster youth. Puppet has lived experience with foster care, adolescent treatment facilities and the juvenile justice system and has ambitions to improve the lives of children in the system through effective storytelling and advocacy. 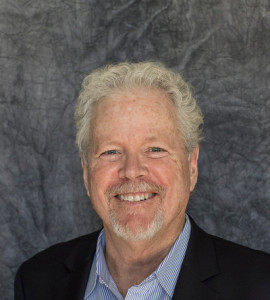 John was the Director of the National Center for Youth Law (NCYL) for 35 years from 1980 to 2015. Under his leadership, the Center built a national reputation for successful advocacy on behalf of poor children nationwide. In 2007, John was appointed to the California Blue Ribbon Commission on Foster Care by California Supreme Court Chief Justice Ronald M. George. John joined the Board in April 1997 and chairs its Development Committee. 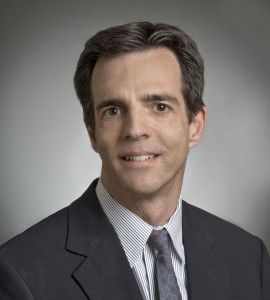 James is a Partner at Morrison & Foerster where he represents clients in federal and state courts in the areas of consumer protection, advertising, product liability, environmental, and food law. He is an active member of the LSC Pro Bono Panel, and in 2014, received the Pro Bono Leadership Award in recognition of his advocacy, leadership, and extraordinary commitment to the children of the Bay Area.

Sue is a Managing Director at Alvarez and Marsal, a global consulting firm specializing in business advisory services. Sue’s work focuses on the application of economics, finance, statistics, and valuation principles to questions that arise in the context of litigation. She has testified on economic damages in state and federal court in patent infringement, trade secret theft, commercial litigation, fraud, and employment disputes. Prior to litigation consulting, Sue worked as a mechanical engineer on the design of nuclear submarines. To balance her daily litigation work, Sue is a certified Bikram Yoga teacher. She joined the Board in 2011. 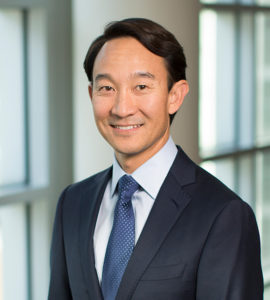 Darren is a Partner at Covington & Burling LLP, where he where he represents corporate policyholders in insurance coverage disputes. Darren also has an active pro bono practice, and is a two-time recipient of LSC’s Pro Bono Advocate Award. He has handled administrative trials and hearings on behalf of asylum seekers, low-income tenants, and has provided litigation advice to non-profit organizations. Darren also serves as Chair of the Board of Asian Americans Advancing Justice – Asian Law Caucus. 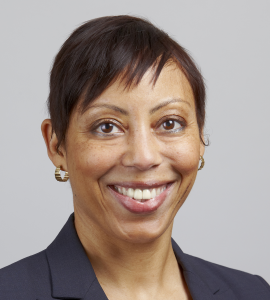 Kim is PricewaterhouseCoopers (PwC)’s Global Advisory Risk & Quality Leader and the member of the Office of the Global General Counsel primarily responsible for advising the Global Advisory (deals and consulting) practice. In these roles, she focuses on quality initiatives and managing risk and legal issues for PwC’s Advisory practice across the global network of PwC firms. In 2012, the San Francisco Business Times named Kim as one of the 150 Most Influential Women in Business. In 2013 Kim received Friends of Oakland Parks & Recreation’s annual Ann Woodell Community Award and was an honoree at the 2013 Oakland Parks and Recreation Salute to Excellence and Community Spirit. In 2013, Kim was also named California Law Review’s Alumna of the Year. In addition to her service on LSC's Board, Kim also serves on the S.H. Cowell Foundation Board and she is a member of the President’s Council of Cornell Women. 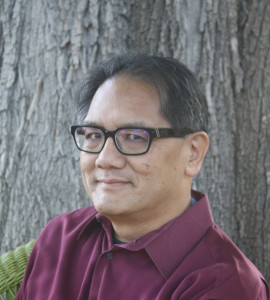 Chris is a former Executive Director of LSC. He currently serves as Director of Government Relations at the National Center for State Courts. Previously, he was Senior Director on the Judicial Engagement Team at Casey Family Programs. Chris also served as Supervising Attorney at the California Judicial Council Center for Families, Children and the Courts and Executive Director of the California Blue Ribbon Commission on Children in Foster Care. Chris is the Board Secretary and joined the LSC Board in September 1996. He is Past President of the National Association of Counsel for Children, Vice President on the Board of the National Center for Youth Law, and former President of the Northern California Association of Counsel for Children. 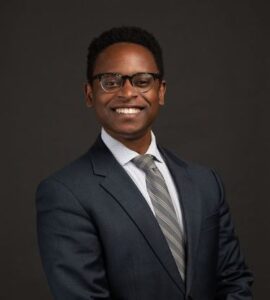 Asa Wynn Grant is Patent Litigation Counsel at Netflix, where he practices patent litigation and pre-litigation investigations. He specializes in representing technology companies defending federal district court lawsuits and ITC investigations. Previously, he was an associate at DLA Piper. Asa also has an active pro bono practice, and is a recipient of LSC’s Pro Bono Leadership Award and DLA Piper’s National Pro Bono Award. He has represented students and families in expulsion hearings, appeals, and special education hearings. Before law school, Asa taught at a charter school in New Jersey. 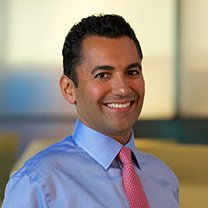 Chris Zand is the Director or Private Client relations at Osterweis Capital Management. Mr. Zand graduated from University of California, Berkeley (B.A. in Political Science) and from Santa Clara University School of Law (J.D.). Prior to joining Osterweis in 2018, Mr. Zand was Vice President and Principal at Brouwer & Janachowski, LLC, where he specialized in providing investment planning and management services to individuals, families, foundations and endowments, and helped formulate the firm’s investment strategy as a member of the Investment Committee. Prior to that, he was a Vice President with Bernstein Global Wealth Management and led a private client investment management team, providing financial and strategic planning advice to high net worth families and foundations. Mr. Zand is also a member of the Board of Directors for the International House at U.C. Berkeley.